MS Speech Problems
No, I am not stupid or retarded. If I sometimes seem to stumble or pause my words mid-sentence, or perhaps say things in the wrong order (I seem to be a master of random 'spoonerisms' - see some examples here!), or even stutter... just give me a second to sometimes get the right words out, as sometimes they just don't come.
Sometimes, a thought just... fades out, mid-sentence! I have to quickly apologise and say, "Just give me a second... stoopid MS!"
Nothing's changed or worsened - nothing like that. Tis another form of MS symptom I'm discovering.
It usually works hand-in-hand with the "MS Brain Fog", but sometimes not. It's the whole randomness of it...
It makes me feel like a complete idiot!

It's the little things like this that I am discovering on my MS Journey. I used to have a speech impediment as a young child (more lazy/slurred speech), but nothing like this.

Thanks, MS...
💥 I know I am not alone! Some MS Twitters have said about this very thing:
► Article: Forgetting Words with MS
💥 My Spoonerisms 💥 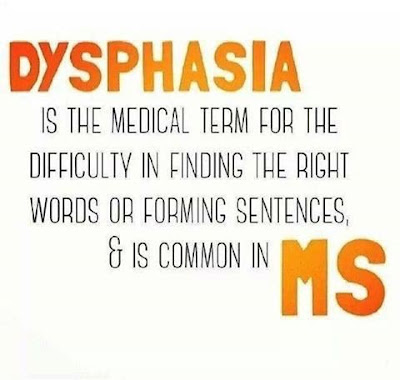 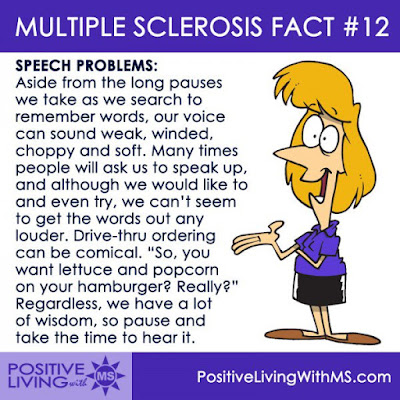