MS and Heat... not good partners!

Our summer temps here play havoc with my MS... hands, arms, feet and legs are buzzing / jelly-like / rubbery like crazy! Thankfully, it all settles down again after it cools down in the early morning - phew! Wipes me out, tho.

During a daytime jazz band gig I was playing at in March 2017, it slowly became very hot and humid in the room we were performing in. For the first set, my MS hands were fine playing guitar (as can be expected, that is!) As the temperature and humidity started to rise during the second set, my hands became very uncooperative! I had to take some 'private alone time' during the break after the second set, just to regather my wits. My hands felt like rubber or jelly for the third set... I could not play accurately at all (for my standards), tho I soldiered on.

I forgot to take my small fan, as part of my standard gig-bag. But I'm also thinking of adding some instant cooling packs as well - just in case it happens to me like that again, in the future. Maybe a small esky with some frozen ice packs as part of my gig-bag, also? Well, if needs be...

It was a real shock for me, to experience this so profoundly when exposed to a sudden change in both temperature and humidity.
When I got home afterwards, and "cooled down" - all was normal with my hands again! Go figure!
Though the drive home after the gig was 'interesting" (all OK, tho), I felt absolutely fatigued as a result of the whole experience. 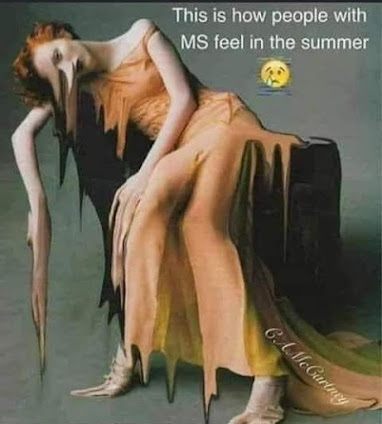 In the summer of January 2018, we had a long spell of temps in the mid-to-high 30c's, that went on for weeks (much longer than normal)!

There was one day when, even tho I was wearing water-soaked clothing and a cotton hat sitting in front of an air conditioner, laying on a wet towel on the floor - I was crying in frustration, as it felt at least 10c+ warmer than it was! Even laying on the floor was exhausting that day. Thank goodness I live on my own... it's not such a fashionably-cool look! [laughs] 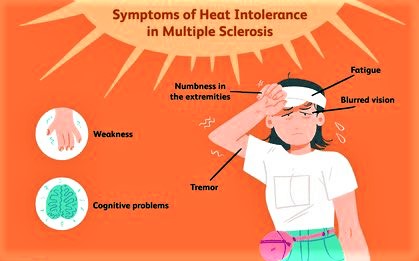 As fellow MS Twitter Cindy aptly described the after-effects of heat and MS, we are "Left to Roam the Earth like a Retarded Zombie" afterwards. 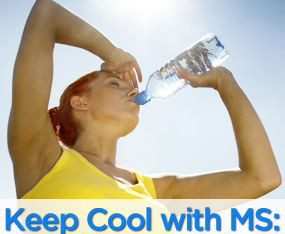 Staying Cool with MS When It's Hot 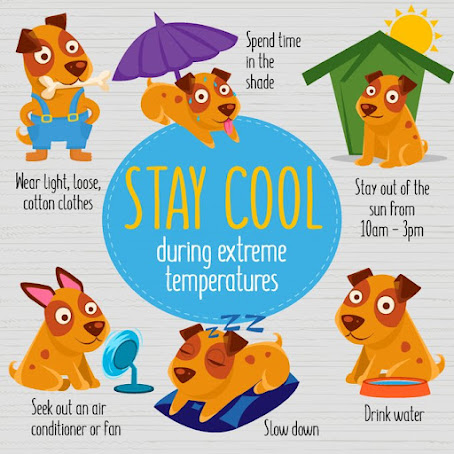 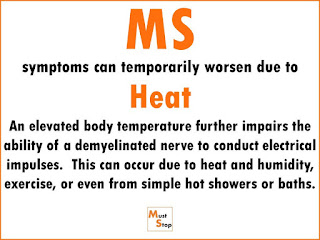 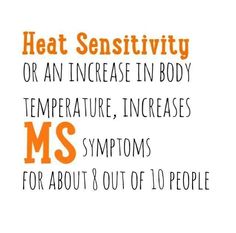 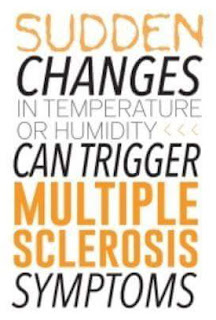 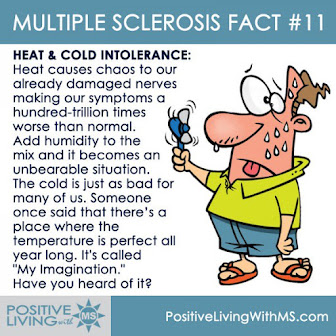 ► Article: The Effects of Temperature on MS (pdf)
► Article: Uhthoff’s Phenomenon: Understanding Overheating
► Article: Best Hacks for Staying Cool with MS
► Article: Heat and MS: An Impaired Ability to Regulate Temperatures
► Article: Tips on How to Manage Your MS in Hot Weather
► Article: The Power of Keeping Cool
► Blog Repost: "This Heat"
► Article: "Beat the Heat"
► Shift MS: Beating the Heat Tips & Twitter
► Article: MS and Heat: What You Need To Know